This Is Personal- What Role Do You Hold in Your Family? 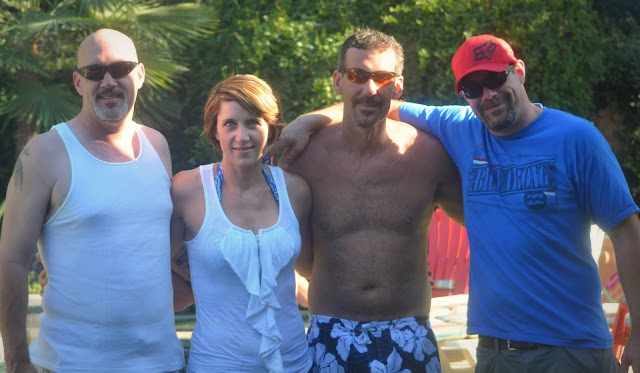 In my family, I hold a unique place.  I am a middle child, but the only girl of four.  Typical of families of my generation, the girl of the family was the princess and treated as such—mostly by their Daddy.  My Dad was old school and the boys were certainly treated differently.  I wouldn’t say loved any less, but given less outwardly affection for sure.  I was the apple of my Daddy’s eyes and we held a very special bond—and still do.  That being said, his aspirations for me were minimal, whereas his expectations of my brothers were high—particularly when it came to sports.

My Dad was the Clint Eastwood of Dads.  He was big, strong and when he said jump, you darn better get to stepping or you were quickly placed over his knee.  Well, unless you were me.  I could do little wrong.  But I did not have 100% success rate of pulling a fast one over on my Dad.

There is a rare story of when my brothers got one over on me when I was 4 or 5 years-old.   I was alone in the car with my two older brothers teasing and poking at them, “Ha, ha, you can’t do anything, Daddy will spank you!”  Little did I know, Daddy was standing by the car and overheard me giving the righteous testimony to my brothers.  As the story goes, my Dad looked right at my brothers and said, “Have at her boys!”

The other time holds a permanent zip code in my memory.  Not because I failed at pulling a fast one on my Dad, but for the look of disappointment on his face when he realized his Princess was far from perfect—or pure.

I was in high school and asked my Dad if I could stay overnight at my girlfriend’s house.  Spoiler Alert, I wasn’t staying the night with my girlfriend.  The plan would have worked perfectly except my oldest brother came to town for a visit and my Dad wanted me home to see him.  Lesson number one—if you are going to attempt to deceive, ensure all parties have clear Intel on the secret operation.

When my Dad called my friend asking for me, she told him I wasn’t there.  In her defense, I didn’t include her in the plan and he did wake her up with his call.  Of course she immediately called me and told me that my Dad was looking for me.  Still thinking I had a chance to save the operation, I called him back with an outlandish excuse, oozing of desperation.  “Get home,” was his only response.  I never got grounded, I never got yelled at and I never got lectured—the look was the punishment and it hurt mightily.

Although my crown was tarnished a bit, I was—and still am—my Daddy’s little princess.  But I was also given another title in our family—the leader.

I realize I’m rambling, but I guess this is more for me than for you.  Today is a hard day.  It’s one of those days where finding words to motivate others escapes me.  My heart is elsewhere.  My mind is elsewhere.  It is on my Dad.

We all attempt to understand our roles in life—both in the workplace and at home.  Some roles we don’t even believe we deserve—like leader of the family.  I am certainly the most sensitive one in the family—the weakest emotionally.  I don’t think I deserve to be the lead.  I don’t even know if I want to be.  But, what I’ve learned about myself is—when no one else steps forward, I will.  Is that a leader?  Maybe.

It is said that you are never given more than you can handle.  I might debate that.  What I can say is that no matter how much you are given, someone is depending on you to handle it.  Today, I’m not handling it well—but I know when the time comes—I will take the lead.

Let's embrace Mondays, (or Tuesdays), and everyday with excitement.  We will do it together, each Monday-- for a moment.