Move or the Universe Will Make You- Lessons Learned 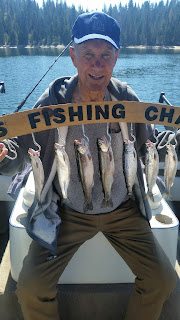 Popular posts from this blog

Parting is Such Sweet Sorrow

May 25, 2022
(Packing up my office- Last day is June 3) ‘Sweet, so would I Yet I should kill thee with much cherishing. Good night, good night!   Parting is such sweet sorrow.’   (Act 2, Scene 2) Shakespeare’s Romeo and Juliet The above scene, from William Shakespeare’s Romeo and Juliet , is arguably one of the most famous in American literature.    Juliet uttered the most recognized line, ‘Parting is such sweet sorrow’ to her star-crossed lover, Romeo as they said good night.   What makes that specific line so fascinating is that ‘sweet sorrow’ is an oxymoron.   How can something be both sweet and sorrowful?   In the context of this scene, Juliet is expressing the feeling of sorrow at their parting, but the anticipation of reuniting the next day is so joyful, it is worth the pain of separation. I think this feeling of ‘sweet sorrow’ translates beautifully in many experiences we have throughout our personal and professional lives.   In our personal lives it could be a time whe
9 comments
Read more

Laughter IS the Best Medicine and I Can Prove It

April 21, 2022
"There is little success where there is little laughter."- Andrew Carnegie How many times have you heard the saying, “laughter is the best medicine?”  This is a metaphor used over and over again when describing the benefits of laughter.   But guess what?  It’s true—and science backs it up.  In fact, research shows that laughter releases the brain chemical serotonin (a mood stabilizer often lacking in those of us who suffer from anxiety and depression) and endorphins (the feel-chemical in our brain that responds to pain and stress.)  Laughter increases our heart rate, burns calories, improves our focus and reduces the negative effects that stress has on our body and mind. I don’t remember when “joking around” became the norm for me.  Believe it or not, I was an incredibly shy young girl.  Raised with all brothers, I did have to develop different types of defense mechanisms and teasing and joking became one of them.  There was something powerful about laughing my way out of s
Post a Comment
Read more