Getting to the Meat of Conflict


I am having a conflict with an employee at work.  Being stuck in close quarters and having to listen to this person’s constant complaining and negativity is getting to me.  I don’t want to make this bigger than it needs to be, but I’m afraid if I tell my supervisor things will just get worse.  Can you help?
Signed, Dying in Negativity 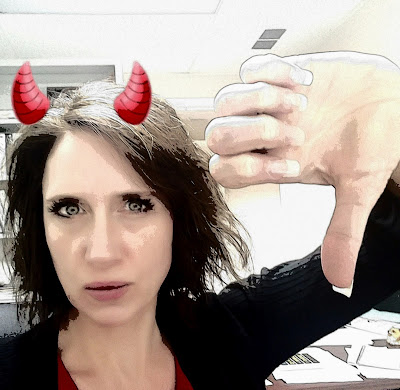 A:  Dear Dying in Negativity,
It’s no secret that we spend more time with coworkers than with partners or other family members.  If more than 50% of all marriages end in divorce due to irreconcilable differences, how can we expect our work relationships to bode a better result?
“Go to hell!” I said as I threw a package of raw meat at him.  As I watched the remnants of what was to be dinner slowly crawl down his white t-shirt in bloody snail tracks, he yells back, “I AM in hell!”
After the shock of what I just did wore off, I broke into laughter.  He quickly followed.  He received a well-deserved high-five for the zinger and the conflict ended as quickly as it began.  Was this a mature way to handle a conflict?  NO!  Was the conflict that caused the meat slinging in the first place ever addressed?  NO!  But, I still give Mr. Ex-Workplace Wonda props for his epic comeback.
Dealing with conflict effectively takes practice.
If you think about it, we’ve been practicing conflict resolution our entire lives.  Our parents teach us to share even when we don’t want Tommy playing with our Stretch Armstrong action figure.  We practice it in preschool when we are encouraged to hug it out with our frenemy Katie after a squabble over color crayons.  We practice it in Junior High and High School when dealing with our peers who don’t always understand that words hurt and bullying can kill.  And, we practice it in the workplace when dealing with individuals that may not share the same ethics, values, or personality traits that we have.
So, you are stuffed in a small work area with a coworker who has the disposition of Eeyore and you are supposed to be professional and cooperative?  Eeeee ooorrrrrr.  I mean, yes, you are.  In fact, you are supposed to be productive as well.  What’s the alternative, quit?  Sure, that is an option, but jackasses are everywhere!  And most of them fart rainclouds, not rainbows!
The good news is you have more control over the negative space-dweller than you think.  You can’t control them, but you can control how you respond and how it affects you.  You also have the amazing opportunity to turn something negative into something potentially positive just by engaging in constructive conflict resolution.  The following are a few tips:
1.        Be a straight shooter- Maybe your co-worker doesn’t even know they are in the running for American’s Most Habitual Pessimist.  Let them know privately that you are concerned about them because of the recent complaints they have been sharing.  Show genuine concern. Perhaps they have been frustrated at work and/or home and didn’t even realize it was registering so loudly.


2.        Resist getting pulled into the negative cesspool- If the co-worker is just innately negative, it can be more problematic.   Giving too much attention or sympathy can backfire and just encourage more of the same.  In this case, it’s best to protect your soul from the negative body snatcher by not partaking in the negative cesspool.  Excuse yourself, do not engage, and invest your energy in basking in positivity.


3.       If all else fails, let your supervisor know- It can’t get any bigger because it is already big enough that you wrote to me.  Express to your supervisor the proactive approaches you have taken to address the situation.  Persistent negativity in the workplace will eventually affect the bottom line and this is the language supervisor’s understand.  Allow your supervisor the opportunity to address the issue.  Great leaders will quickly realize that the negativity does not support a productive and engaged work environment and will address the issue swiftly.
But what if nothing changes?  If nothing changes, you have to decide if this is the type of work environment that you want to invest in.  Again, you can’t control the behavior of the company or its employees, so it might be time to go…


Someday I'll wish upon a star
And wake up where the clouds are far
Behind me.
Where troubles melt like lemon drops
Away above the chimney tops
That's where you'll find me.


Signed, Workplace Wonda, (a recovering meat-slinger)
For more information on how to deal with negative co-workers, visit my previous post titled What to do about Debbie Downers in the Workplace, dated September 11, 2014.
at March 05, 2018