Silent No More: Sexual Harassment in the Workplace 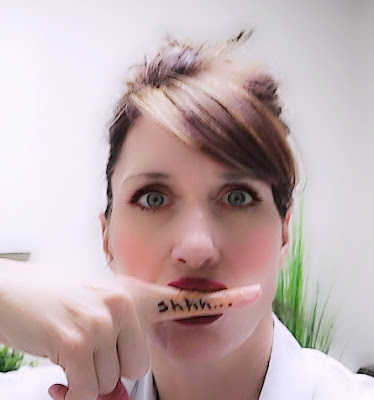 A:  Dear Fear of being accused,
Thanks to brave men and women, the lid has been blown off what many have known for years...sexual harassment is still prevalent in the workplace.  Just turn on the news to see the latest outed offender from directors, to politicians, to newscasters.  Say it isn’t so, Matt Lauer!!!   Who’s next, the President of the United States?!  Wink.
Not to make light of recent events, but what makes an outwardly respected  and successful 70 year old man present himself to unsuspecting visitors with his twig and berries in full frontal bloom?  Seriously!  This is your pick up line?  Geesh, and I thought the time a guy told me I was hot for being two days past the expiration date was bad!  Ya, nothing endears a woman to you like being compared to curdled milk vomit.
Is sexual harassment in the workplace new?  Of course not! It’s thousands of years old.  The passage of Title VII in 1964 prohibiting discrimination based on sex did little to address sexual harassment in the workplace.  Instead, women were encouraged to “deal” with it or quit if exposed to sexual harassment.  The lack of prevention and accountability created a culture of secrecy and fear that continues today.
It wasn’t until the 1980s that the Equal Employment Opportunity Commission (EEOC) defined sexual harassment as a form of sex discrimination prohibited by Title VII.   Specifically, sexual harassment was defined as, “unwelcome sexual advances, requests for sexual favors, and other verbal or physical conduct of a sexual nature constitutes sexual harassment when this conduct explicitly or implicitly affects an individual's employment, unreasonably interferes with an individual's work performance, or creates an intimidating, hostile, or offensive work environment.” Since then, additional laws, increased public awareness, high profile cases (Anita Hill vs. Clarence Thomas-1991) and heightened employer and personal liability seems to have had an impact on sexual harassment cases.
So why is sexual harassment “the hot topic” featured on The View and on every other news outlet?  Because it never went away!   Articles by the New York Times and New Yorker about Harry Weinstein’s (Hollywood producer) abuse of power for sexual gain opened the flood gates for others who have been sexually harassed to take a stand.  The #MeToo campaign catapulted the conversation as victims from all over the world began sharing their stories of sexual harassment.
Should this heightened awareness of sexual harassment in the workplace discourage you from giving a compliment to a co-worker?  It depends on your definition of a compliment.  For example, “your pants look nice,” is an appropriate compliment for a coworker.   “Hey! Did you get your license suspended for driving all these guys crazy (wearing those pants)?” is NOT.  It comes down to common sense and intent.  A compliment makes someone feel good and respected.  Harassment makes a person feel scared, embarrassed, and uncomfortable.  Compliments get a positive response like, “thank you,” or “I appreciate you saying that.”  Harassment gets a negative response like an awkward laugh or other non-verbal (or verbal) response that screams, “You’re a creep!”  If you’re worried of being accused of harassment as your question suggests, refrain from giving personal compliments; instead, compliment one’s work performance.
Will this recent surge in empowerment and accountability finally put an end to sexual harassment in the workplace?  We will have to wait and see, but I'm doubtful.  While women (and men) have the law behind them, what they don’t have is social change.   As long as victim’s complaints are discredited, as long as victims are labeled “overly sensitive,” as long as women are paid less than men and sexualized in the media and as long as we are silent, sexual harassment will continue to be society’s dirty little secret.

If you think you are being sexually harassed, don’t stay silent.  Report it.  It will take all of us to STOP sexual harassment.


Signed,
Workplace Wonda
P.S.  Do you ever wonder about the statistical success of a street “cat caller?”  Are they using whistling and screams of, “hey baby…” as a wide reaching net to catch the “Big One?”  Are shouts and sexual comments from cat callers so successful that they have to have a rose ceremony to whittle down the romantic prospects?  Things to ponder in 2018.