About Face: What Your Expressions May or May Not Be Saying About You 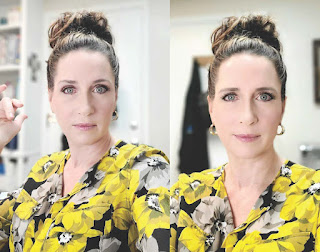 “Of all the things you wear, your expression is the most important.”- Janet Lane

If you have ever seen Kristen Stewart from the Twilight franchise on the red carpet or in an interview, she has an expression on her face that lacks much movement or change.   If her expression could speak it would say, “I’d rather be anywhere in the world than right here with you!” It ranges from a look of unnerving disinterest to a look of utter annoyance.

In 2013, a meme took over the Internet giving the expression, or lack thereof, a name—Resting *itch Face (RBF).   An unflattering description that is usually (unfairly) assigned to women, RBF can be off-putting particularly when it comes to first impressions.

Many inflicted with RBF complain that they are being wrongly judged and in most cases that is in fact true.  But regardless of intent, RBF makes others feel as if they are the ones being judged.   RBF is different from a purposeful frown, scowl, or eye roll because it has no purpose, it’s at rest.  If RBF was to have a twin, it would be the monotone voice due to its lack of variation and presentation void of emotion.  So how do you know if you are inflicted with RBF?

In my very best Jeff Foxworthy, the following is a list of RBF signs you need to be aware of:

1.  If you are constantly being asked if you are okay or if you are mad about something, you may have RBF.

2.  If people seem uncomfortable about approaching you, you may have RBF.

3.  If when you try to be funny and it’s received with a “Are you being serious?” you may have RBF.

4.  If you are constantly told, “You should smile,” you may have RBF.

6.  If you constantly win playing cards due to your “poker face,” you may have RBF.

Individuals with RBF are often frowned upon by management (get it, frowned upon?) and iced out (ya, I can’t help myself, it’s a gift) by coworkers.  They can be deemed unfriendly, aloof and even cold—which is usually far from the truth.  But as we all know, perception is a powerful thing.  In fact, we make judgements about people based on many outward factors.  Once an opinion is formed, it is difficult to change.   Sadly, RBF can over shadow an otherwise efficient and competent employee.

Interestingly, many people with RBF either don’t or won’t recognize it, excuse it as being a part of their personality, or know it, but don’t understand the importance of its consequences.

Anyone own a teen?  If there was a posterchild for RBF, it would be found on a teenager.  My daughter was inflicted with RBF from the age of 12 to around 18.   She would come home and complain that she didn’t understand why girls didn’t like her.  Careful not to ignite a firestorm of “you just DON”T get it mom!” followed by the spin, march and slam of the bedroom door, I suggested perhaps she was coming off as unfriendly and she should smile more.  Guess what happened?  Yep.  “Mom, you DON’T understand!”   Spin…  March…  Slam…   Thankfully after years in customer service, she learned the importance of what her face may be putting out there in the world.

Now that you know what RBF is and you think you may have it, what is the cure?  The following are a few tips:

1.  The first step is acknowledging that you have a problem.  If you answered “yes” to one or more of the RBF signs, you may have RBF.

2.  Ask someone.  I know this may be difficult, but ask someone you believe will be completely honest with you.  If you really want to change, you need to know the truth.

3.  Record yourself during a zoom call or meeting and watch it back.  If you were an outsider, how would you view you?

4.  Be aware.  Are you actively listening?  Are you engaged?  Are you paying attention?  What is your face saying?

5.  Put effort into your expressions.  Even at rest, be mindful of your eyes and mouth.   Smile with your eyes and keep a slight smile on your face?  Lean forward when someone is talking and nod your head at times to show you are listening.  Practice in the mirror if you have to.

Teamwork, communication and customer service all require the ability to be engaged, interested, excited and even joyful at times—even when you may not be.   Putting a concerted effort in your expressions (even while at rest) when meeting people or while attending meetings, conferences or just communicating in general, can improve your interpersonal relationships.

It’s time to drop the RBF and allow people to see the real you.