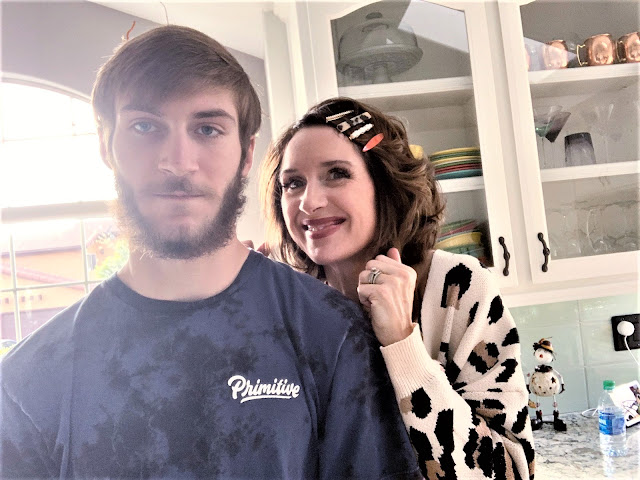 If you are a parent, you have probably experienced this one-sided exchange with your child at one time or another.

If you were raised in my generation, the request to “come here” was never followed up with a second request—unless you were asking for a whipping.

The first time your request is met with a deafening silence and a ghost-like appearance from your child, you have to make a decision on how to proceed.  A decision that has ramifications—if not dealt with properly.

News Flash:  I didn’t deal with it properly.

“Mason, get in here right now or I am going to whip your butt,” I yell.

“Mom, I heard if you spank your kid, you can go to jail,” replies Mason as he saunters into the kitchen.

Of course I couldn’t bring myself to actually spank him so my threat was left hanging—to not be taken seriously again at another time.

That goes the same with lectures.  We know we have to give them.  We know our kids will respond just like we did with our parents.  “I know, Mom!”  “You’ve told me 100 times!”  And even though we did exactly what we are telling them NOT to do—as parents, there is some unwritten law that says we have to act like we NEVER did.

I’ve learned so much from being a parent.  There are a lot of things no one ever told me though, like:

3.      That after they move out, they might boomerang back!

4.      That no matter how old they are, you can’t go to sleep until you know they are safely in bed.

5.      That the love is so deep, that you can actually feel claws growing under your fingernails when you find out little Susie called your cub stupid!  Heads up, apparently it’s not appropriate to call out little Susie when you are a grown adult.

Every time your child makes a poor choice or a costly mistake, it’s easy to blame yourself.  If I only would have be tougher when they were little.

Be patient though.  They are listening.  They are watching.  And every once in a while, if you pay close attention—they will demonstrate what you have been teaching them their whole lives.

I was helping my son on an English assignment the other night where he had to write about a goal he has and how he plans to achieve it.  His essay started off with him explaining that his goal this year is to work on being a better person and that his Mom has been helping him.

I have been talking to Mason for a while about his negative attitude and bursts of anger.  Testosterone, anyone?  I also was discussing with him the importance of being a good human being and what that entails:  Thinking of others.  Being thoughtful.  Asking if someone needs help.

I didn’t know if he was listening, but when I read his paper and saw that he wrote it as a goal of his, I realized what I was saying was resonating with him.  This was a win for me.  But it was a bigger win for him.  I told him I was very proud of him.

Being a parent, during COVID-19, is more challenging than ever.  We are having to be therapist, teacher and parent to our children as we deal with a history-making pandemic.  They need our leadership now more than ever.  They are scared, frustrated and unsure about the world around them.

We must encourage open dialogue with them regularly.  Get a pulse on how they are feeling.  Ask if they have any questions about what is going on in their city, state and the world.  Be aware that they are getting information, but it might not be the correct information.  Try to steer them to facts and information you can back-up.  Kids love to challenge you with what they’ve learned on the Internet or social media.

Let's embrace Mondays, and everyday, with excitement.  We will do it together, each Monday-- for a moment.