Temperature Wars are on the Rise

There is a war going on in my office and it’s over the temperature of the thermostat.  How do I get staff to call a cease fire on the thermostat so that we can return to a period of peace? 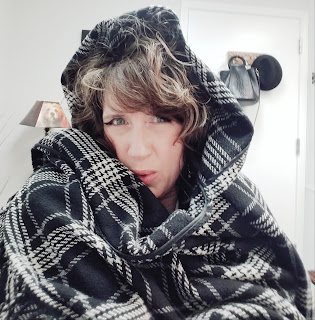 Thermostat battles are not only causing a cold war at work, but according to a recent study, one third of couples fight for thermal control at home.  What is it about temperature that gets us so heated?   It comes down to comfort.  And control.

Mr. Workplace Wonda came up with a plan to control the temperature of our home that was so dastardly that even a fictional supervillain would be impressed.  After receiving a $700+ electric bill last summer (while the kids were home on summer break), he placed a thermostat control on both air conditioning units that could only be activated through a special code that Mr. Freeze, I mean, Mr. Workplace Wonda operates.

Sounds like a great plan, right?  Well, not if the thermostat is set to the specific satisfaction level of one individual whose body temperature differs greatly from that of his co-homeowner based on his age, activity level, sex, and frankly, reproductive status!   Not to mention, said co-homeowner has not been given access to the special code!

If fighting over the thermostat at home gets your temperature rising, why would the workplace be any different?  According to a survey of employees by CareerBuilder, it isn’t.  Nearly half of worker who responded to the survey say their office is either too hot or too cold and that temperature affects their productivity.

It was supposed to be a covert operation.  A team of soldiers from the north were forming in the back of the office.  “Look soldier, we are burning up back here,” stated the military commander of Operation Hot Flash.  “Your mission is to get to the thermostat controls undetected and carefully turn it to 68 degrees.”  “You only have a meno-pause, so be quick!”

The air conditioner powered on with such force that the soldiers from the south took cover… underneath their sweatered shaw wraps.

“Run soldier, run!” yelled the commander.   As the soldier was running to the back of the office, she looked over her shoulder.   She caught the eye of one of the enemy soldiers who mouthed with quivering lips, “Please... we will freeze to death.”

Victory lasted long enough for the soldier’s body temperatures to return to a comfortable 98.6°F before the hum of the air conditioning unit went silent.  “Soldiers, the enemy turned up the temperature on the thermostat again,” yelled the commander. “Take cover… under your office table fans!  This war is NOT over!"

Ok, maybe this scenario is a little bit dramatic.  Workplace Wonda dramatic?  What?   Nevertheless, study after study shows that once peace-loving coworkers can go from hot to cold based on the direction of the thermostat arrow.

The following are a few tips that might encourage your office to cease fire and return to that period of peace you seek:

Call a Truce- Give up the covert operations and discuss a mutually agreeable temperature that everyone can live with.  Research shows that the highest productivity levels are when the office temperature is at 71.6.

Take a Breather- If you are feeling a chill in the office from the air conditioner, take a quick break outside and enjoy some sun and vitamin D.

Have a Drink- And, I don’t mean a Hot Toddy…  Sipping on a hot or cold beverage can help warm or cool you down.

Take Cover- Keep a light jacket or blanket in your office if you like a warmer temperature and a small desk fan if you like it on the cooler side.