And the Award Goes to.... Dealing with Drama in the Workplace

Q: Dear Workplace Wonda, I love a good drama, but lately, the drama in my office has been straight from an episode of the Real Housewives of the Central Valley. Jealously, gossiping, and negativity has taken over my office. What can I do to stop all the backstabbing without playing a starring role?

Signed, And the Award Goes to… 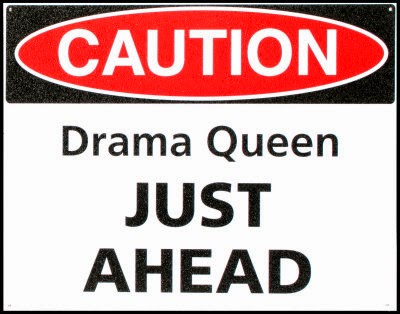 A: Dear, And the Award Goes to…, in a drama, whether it be a book, movie, play, or reality TV show, there is typically a conflict or triggering incident that occurs between two or more characters that ends in a climatic finale, whether good or bad. For example, the reality show The Bachelor hypes every week that there will be "the most dramatic rose ceremony ever!" For the two of us who are fans of the show, it usually results in one or two attention-seeking models getting a rose who a) have a drinking problem, b) have posed for a "gentleman’s magazine", or c) are Cuckoo for Coco Puffs! The bachelors’ choices usually result in fits of jealousy and anger among the other contestants, which ignites additional drama- and even better ratings. Unfortunately, drama does not translate so profitably in the real world of work

To answer your question, I will have to generalize my response as I do not know your cast of characters or triggering incident that led to your office/department being nominated for best ensemble cast in a Made-for-Workplace drama. This is a category no one wants to win, trust me!


Drama in the workplace usually stems from people with differing personalities being required to work together in close proximity for up to 8 hours a day. Talk about a cesspool for drama! It’s not like if you out wit, out last, or out play your co-worker you will win $1 million and they will be voted out of your office/department forever! Instead, you are forced to "make it work." But, how do you make it work when gossip, rumors, negativity, cliques, incivility, and office politics take center stage? The following are some tips on how to be a survivor of workplace drama.


Don’t Sign Up for the Show- The best way to survive workplace drama is to not get involved in the first place. Steer clear of those fighting for a role and don’t turn in an audition tape. Not only should you not be a cast member, you should not be in the audience either. If others try to pull you in, simply walk off the set.


Be the Voice of Reason- If you get a part in a drama that you did not audition for, you might be forced to play the voice of reason. Explain to those involved that you are not interested in participating and that they should not either. Inform them of the company policies in regard to behavior in the workplace and the consequences that it can cause.


Sign a Petition to Get the Drama Canceled- If the drama is too much to ignore and those involved are not listening to your advice, you might have to bring it to the attention of the supervisor. I will warn you.  Supervisors hate dealing with these types of issues and usually consider them trivial and time-wasters. If not careful, the whole cast might be called to the boardroom where everyone will have to defend their role in the drama. Even if you don't say anything to your supervisor, trust me. there are undercover bosses watching.

Beware.  Once typecast as a "troublemaker," "gossiper," or other drama-laced title, you might have a difficult time being cast in any other type of role in the future.